The film begins on Marty's 10th birthday. His friends try to give him a great birthday, but somehow, Marty wants more. He escapes the Central Park Zoo, in which he lives, and makes a dash for the wild. His friends, Alex the Lion, Melman the Giraffe and Gloria the Hippopotamus flag him down, but as they're about to take him back to the zoo, police officers appear in all directions, tranquilize the animals, and send them on a ship to Kenya. However, the penguins take over the ship and the four friends are washed up on the shores of Madagascar.

Once on the island, Marty had his dream fulfilled. Marty sets up a "bar" on the island, known as "Casa del Wild" (English: Home of the Wild). Alex gets mad at Marty for getting them shipped to the wild, but he later apologizes to Marty and actually begins to enjoy himself on the island. Unfortunately, his enjoyment brings on his killer instincts, causing him to attack the resident lemurs and his friends, including Marty. Alex does not "go savage" for long, and after regaining his senses, he runs away from his friends out of regret. Soon after that, Marty learns the hard way that the wild is not what it seems to be, and how hard it really is for many animals to live there with so many predators and other dangers. Realizing the consequences brought upon by his impulsive actions, such as sacrificing his and the other's lives at the Zoo (the one safe place they called home) and the misfortune he caused his best friend, Marty regrets his birthday wish. However, after learning of the penguins having hijacked a boat and are offering the zoo animals a trip back home, Marty crosses over to the predator side and attempts to convince the grizzled, starving Alex to return, but Alex refuses out of fear that he will attack Marty again. Suddenly, The fossa, the native predators who had been attacking the lemurs, attack Marty, Gloria and Melman. Although, the penguins come to the rescue, they are majorly outnumbered. Luckily, Alex was able to overcome his predatory instincts. He rescues his friends, and scares the fossa away from the lemur territory forever. He also rejoins his friends as they head back to the zoo.

In a flashback, when the quartet were really young, Marty declared that he didn't like Alex's looks, to which Gloria declared that he (Alex) was cute, much to Melman's discomfort. In the present time during the second film, Marty (along with the other animals) finds himself stranded in Africa. There, he joins a herd of zebra that all look and sound exactly like him. While he enjoys this new lifestyle at first, he quickly becomes depressed when it becomes evident that he has no individuality in a herd. Marty also becomes upset when Alex is unable to tell him apart from the other zebras. Ultimately, Alex is able to make amends by picking Marty out of the herd and Marty accompanies his friend to unblock a dam set by stranded New Yorkers in the jungle (which causes the watering hole to dry up). When Alex is caught, Marty gets the other animals to help rescue him.

In the film, Marty along with Gloria, Alex and Melman made a cameo appearance in the shadow while dancing to the music in Circus Zaragoza. 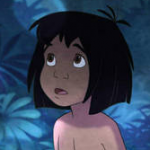