The Really Really Big Lie, Part 2 is the fortieth episode of All Hail King Julien and the final episode of Season 3.

The episode begins with the Yolkians, a race of egg-like aliens from the planet Yolkus, viewing a video of Earth and notices a picture featuring a group of lemurs, declaring their leader, King Goobot V's search complete. Goobot then tells his assistant, Ooblar to send a small blue alien named "Fibrillus Minimus" (or Fib, for short) to retrieve it.

On Earth, Ted and Dorothy were stargazing and seeing what appears to be a comet. Upon landing, Julien, Maurice, Clover and Mort investigate which the comet turns out to be Fib, scaring Maurice. He orders the alien to eat Mort. as the mouse lemur turns back, his friends are gone. He wonders around, looking for them. Timo, who has been hiding in the bushes, whispers "He's back."

In Todd's hut, Todd and his friend, Suzy are having a tea party, where he accidentally breaks Tammy's prized "King Julien" plate. Soon afterwards, Fib emerges and convinces Todd to lie to his mother about the plate claiming, "A little fib couldn't hurt anybody" and Todd tells his mother that the foosa broke the plate. Tammy believes him, but Todd soon discovers that his "little fib" grows larger every time he lies.

Meanwhile, at the Plane, Clover, King Julien and Maurice built fake lemur guards to defend the throne room. Just then, Timo emerges screaming "ALIEN!!!" which jumpscares Maurice as he jumps into his king's arms. Julien suggests that if the alien is friendly, then he would make peace with it. Timo tells him about Fib coming back for revenge. Julien doesn't believe him stating that "it's" not real. Maurice suggests that the story is real. Julien tells him to grow up, saying that it's just an old campfire story back at his old summer camp. Clover asks Julien that what if the story was real, making Julien hard to believe.

In the Kingdom, Todd tells Horst that a lemur named Nigel fed the plate to a group of sharks, which Horst believes. He tells him that he and Mary-Ann are going on vacation to Hawaii. Back at the Throne Room, the lemurs and Timo built a fort made out of pillows. Julien asks Maurice if a pile of pillows is going to protect us from Fib. Maurice suggests if the alien finds them, he'll never know they're here, stating their like invisible lemurs. Julien, once again, doesn't believe him saying that he might have to turn the whole thing into a book. Maurice gets annoyed. Julien tells him that Mort is making fun of them, both, not Julien. He questions where Mort is.

In the Territory of the Foosa, Mort is still searching for King Julien, But is pursued by the foosa.

Back in the plane, Timo tells the lemurs that the alien "killed" Mort. Distraught, Maurice blames himself for telling Fib to consume Mort. King Julien states that they will avenge him if the alien is real, while weeping.

Later that night, Suzy, Horst, Nigel, Ted, Hector and a few lemurs form a angry mob and confront Todd about his lies. When he tells a lie about aliens invading Earth and destroying the plate, Ted points out this lie came from a movie. Pretty soon, Fib grows larger than the baobab tree and holds Todd prisoner while wreaking havoc in the kingdom.

Seeing the chaos, Tammy warns Julien that Fib is destroying the kingdom. Julien, fearfully, states that the legend really is true. Timo panics and hugs Julien saying that they will die together. the king tells him and his friends that they will defeat the Fib by working as a team. While Clover gets Julien's people to safety, Julien and Maurice battle the monster, But ends up being caught, too. Fib states that a little lie can get really big, really fast and a big one can consume you. He tells Todd that he made a really big lie, while laughing. Timo tells Maurice and Julien that they cannot defeat the lie, confusing them. He also states that someone else can. The Fib slowly starts to put Julien and Maurice in his mouth and eat them. Suddenly, Timo accidentally unplugs his computer, upsetting him. Maurice, panicking, asks the tenrec what's happening, Timo states that he's a little busy. Luckily, He was able to find the plug and starts over.

Doomed and helpless, Julien yells "I LOVE YOU, TOO!!!" to Maurice and hugs him. before Fib can swallow them whole, Clover kicks the monster in the eye, making Fib drop the lemurs. Clover saves Julien and Maurice and carries them to safety. Julien notices rocket boots on her feet, But Clover suggests that she has a monster to defeat. the spunky crowned lemur is about to defeat Fib once and for all when Timo, informs Julien that Todd is the only one who can stop the Fib. Todd then admits the truth about his lies to the kingdom (who are watching from below) and as he tells the truth, the Fib shrinks down to nothing. Todd then apologizes to his mother and everyone else about breaking the plate. Tammy states that it was just an accident as she also says that Todd is special to her. Just then, Mort shows up, battered and bruised, during the foosa attack, shocking everyone.

Back in Outer Space, Goobot is furious about his plan's failure and tells Ooblar to send another one to Earth, this time, a red Fib. But Ooblar says he cannot. He states that one of the lemurs: Todd, is telling the truth. Goobot blames Todd for destroying his monster and hatches a new plan (thus, setting up the events of King Goobot's Revenge) 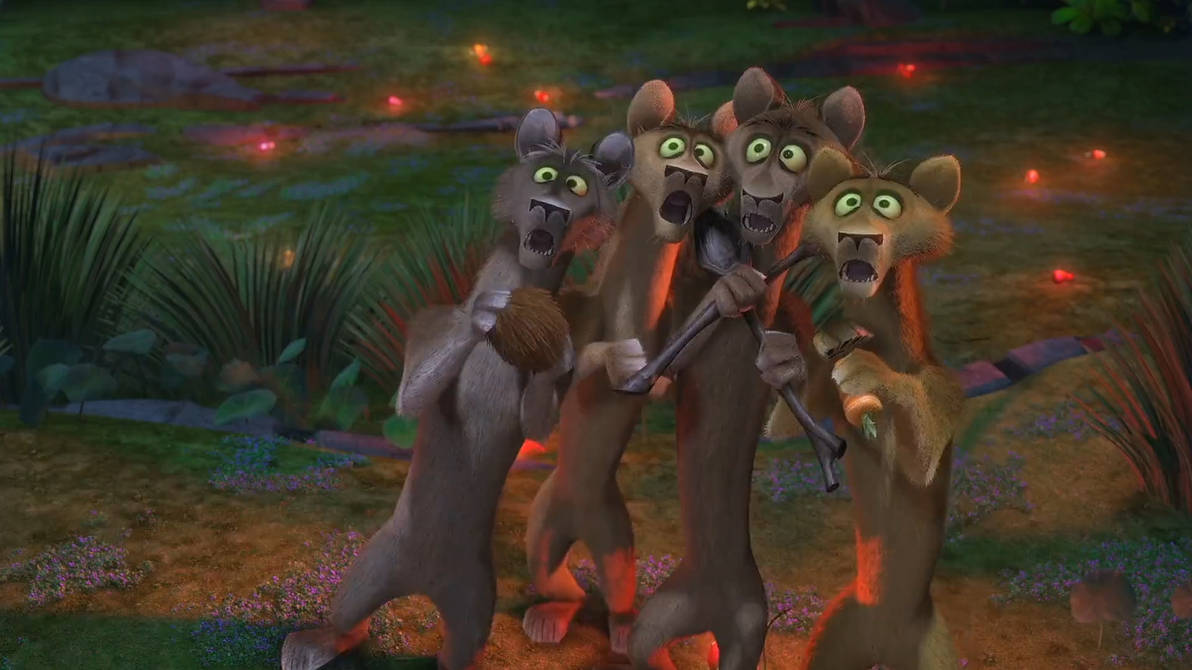 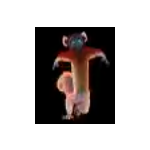