Congratulations on starting Madagascar FANDOM Wiki! It's a brand new project, so it needs a lot of love.

Deb, I need you to be unworrying of people thinking this is a factual site. You don't have to say "it's fake" or something like that. This is a fanon wiki, we can make fanon title cards, make a fanon episode list, okay? Everything's fake here. You don't have to day "Fan Creation:" on an article because they know it's a fanon wiki. So we can make up things here like on any usual site okay? Mractivity 20:03, September 14, 2010 (UTC)

Adding a link to the MAIN wiki on this site

If you wish to add a link to an article on the Main wiki this is how to do it.

Or if you can see the "link button" on menu use it.

I have a proposition for all you FAN-FIC writers out there.

There are some "Rumored Episodes" posted here, how would you like to write them?

If interested leave a comment on the "episode" page. Might be interesting if a few people picked each one and then we could vote for the best.

Let me know when you hit one of theses and I will post your award on your User Page page.

Receive a special award for every completed story posted. (Note: You must be a registered user to receive an award. I can not assign an award to an IP Address account) 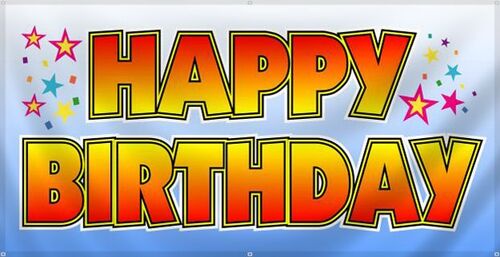 When I logged in I was still showing MONOCO layout. I had to go to SPECIAL PAGES, select PREFERENCES, and then got o SKIN, select NEW LOOK, then click save, in order for the new look to arrive. Will everyone have to do this? POM-Fan 15:56, October 8, 2010 (UTC)

I wasn't aware of that. I thought once I changed it, you would all see the new layout. Thanks for sharing. If everyone could please follow the steps above and change over now. Not sure what will happen if you are still set to MONOCO when they remove it. --Deb1701 16:00, October 8, 2010 (UTC)

Here are the links:

In the episode "Kingdom Come", Skipper said to Rico:

I watched a video of this episode for reference (in case nobody thought of the rules) and picked up a few clues to help:

First of all, when the penguins played this game, they all had a card balanced on their foreheads, which could mean that "Stomp the Wombat" might be a variation of "Who Am I", or "Blind-Man's Bluff". Secondly, however, unlike those games, the one on their face isn't their only card, as they had a few extras in their flippers, and these cards are actually looked at (in addition, they were gambling fish, and Skipper asked Kowalski if he was "In or Out" before that logical bird carefully examined his hand, obviously looking for an opportunity to bluff. Apparently, this is a reference to "Guts" or some other version of Poker... maybe "Dealer's Choice" or "CHORSEL"). The third, last, and most important clue to how "Stomp the Wombat" is played, however, is seen in how Rico was cheating! While sipping on his juice (perhaps to distract everyone from how he uses his eyes), he seemed interested in what Kowalski's cards were (does the game "No Peeking" have a reference here?), and the cards he coughed up were mostly aces and jokers... technically, five Aces and a Joker, which could be explain in one way: More then one Deck in this game! ---MysteryGirl 15:53, January 11, 2011 (UTC)

You could always have two versions of teh game. One for beginners, and one for advances players. Teh rules could be different.

Don't you think someone should put Kowalski's "Show-off Jar" in the Swear Jar page or something? I just saw the episode Operation: Cooties, and I think it actually fits, somehow. -MysteryGirl 00:16, February 25, 2011 (UTC)